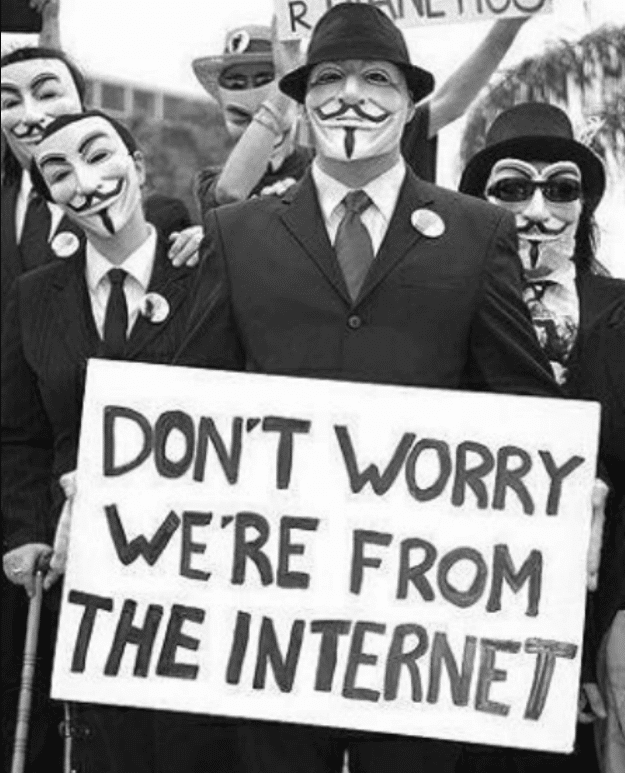 A few days ago, Russia launched a full-scale invasion of the sovereign nation of Ukraine. Likely most of you have seen at least some of the endless coverage that currently blankets the airwaves. But TV is only giving you part of the story; you can learn a lot more by nosing around online. For the past several days I have kept a running update of what hacktivist collective Anonymous has been up to. The group has been busy and they have made the Russian government even busier, hacking their various state-run ‘news’ services, such as RT (Russia Today). You can look back at the original post and the multiple updates that were added to it on a daily basis.

Now it’s time to start again and unlike the original story, this time we are letting you know there will be updates that you’ll want to check back in on. We will post them as they happen, which could be once or more in a day. We will begin with what is happening today, March 2.

Earlier this morning, we learned that someone at Google is being especially unhelpful to the Ukrainian cause, in fact actively working against those trying to get the truth out to the people in Russia who are living in the middle of an overwhelming disinformation campaign orchestrated under Putin’s orders.

That announcement came not long after MSN had pointed out that Google Maps and reviews were being used to help get information to people.

Anonymous also posted several images of a leaked document that show that Putin had this planned out a long time ago, and had already given the order a month before the invasion began. That was the time when he was claiming he had no plans to do anything and entered into talks with various world leaders under false pretenses.