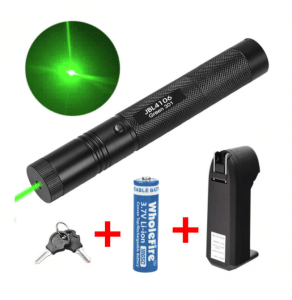 President Zelenskyy of Ukraine is begging NATO for a no-fly zone they can’t risk providing. So I came up with another solution — $10 laser pointers.

Buy 100,000 laser pointers and give them to Ukrainian mothers (not kids — too dangerous). Even the puniest lockable laser pointer (notice the keys?) can temporarily blind a pilot at a distance of more than a mile, so what will 100 non-puny laser pointers do to the same aircraft? It would not only create an effective no-fly zone, it might kill hundreds of Russian pilots before they figure it out.

Though outdoor laser pointer pictures are usually shot at night so the beam is easier to see, they can do just as much damage during the day. In the United States, the actions I am proposing are against the law and can result in jail time plus an $11,000 fine per incident. But in the case of Ukraine, this is war and saving the nation is worth the risk and the effort.

This plan is just not that hard to do. Training takes less than a minute (push button, aim, and don’t shine the thing in your eye) — especially if there are 100 other people trying to do the same thing to the same aircraft at the same time. Only one of those needs to hit the bullseye to destroy a $10 million weapon by sending it out of control.

Part of this is just discouraging the Russians from taking-off at all.

Programmed gaps in the no-fly zone communicated over Telegram can allow some Ukrainian air support to continue if they want to get fancy. And there is enough slop in the global supply chain that stopping the sale of laser pointers in China would have no effect.  Just raid Amazon and eBay.

But couldn’t the Russians use laser pointers, too?

Laser pointers wouldn’t be as valuable to the Russians because the opponents they’d be trying to stop are otherwise unarmed. Yes, they could gang-up on a single laser sniper but all that sniper has to do is shut down and walk away, leaving 100 others to do the work. As long as Russians are in a small minority the numbers work against them.

And the way the Russian Army seems to function it would take them at least a month to deploy laser pointers, assuming there won’t be any left unused in Ukraine. By then the war may be over. 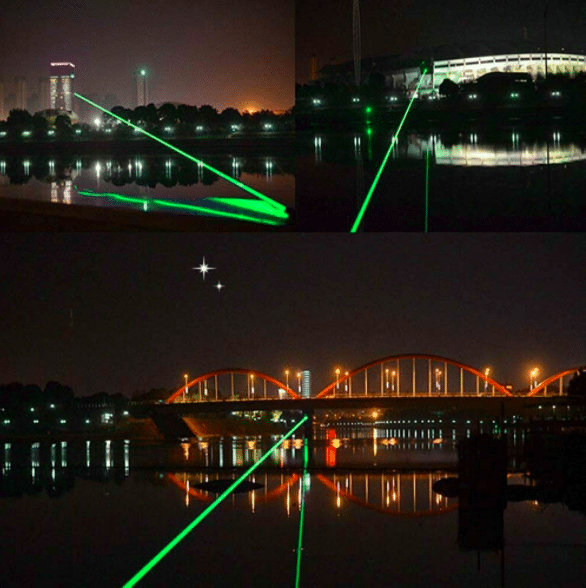 For that matter, why limit laser pointers to aircraft? Laser pointers could blind infantry and even tanks. There are 200 Ukrainians for every Russian soldier in their country. The Russians wouldn’t have a chance against such laser snipers. It’s a game-changer. They’ll soon refuse to even saddle-up.

That 200-to-1 ratio of Ukrainians to Russians makes all the difference.

Immobilizing a tank or armored personnel carrier just takes-out the driver, but it also leaves the vehicle stranded for a time and with the number of Javelins and NLAWs flowing onto the battlefield pretty much assures that any stranded vehicle at the front will be destroyed,  abandoned., or towed away by a farmer.

Once it becomes understood what is happening, armor crews will begin refusing to even start their vehicles.

Taking-out Russian infantry is removing a trained combatant and his weapon forever from the fight. Probably half of the Russian infantry have already left the field for one reason or another (dead, injured, captured, withdrawn, or deserted). Taking out a Ukrainian mom is sad, but there are WAY more moms to replace her than there are Russian soldiers.

Ironically, if Russia had simply followed the Schwarzkopf Rule of amassing an invasion force three times the size of the trained defenders, this war would have followed Putin’s expectations and Ukraine would have been quickly defeated. But it is clear at this point that Russia was so under-armed that they had no hope of putting together the 750,000+ troops required.  So they went with what they had, hoping for shock and awe that they ultimately could not deliver.

$10 laser pointers can’t be defeated. This will change siege warfare forever, making obsolete $1 trillion in hardware and pushing toward an all-drone fighting force where the next challenge will be command and control disruption. When AI drones become autonomous (no communication required), then defense will move to EMP.

But Putin’s war will be long finished.