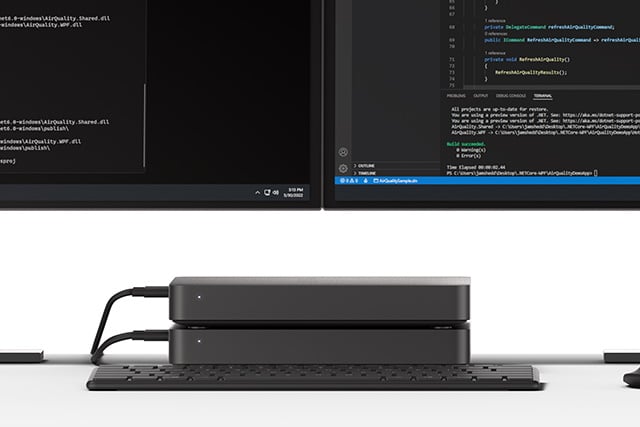 Although Microsoft is yet to give a huge amount of detail about the project, the company says: “We believe in an open hardware ecosystem for Windows giving you more flexibility and more options, and the ability to support a wide range of scenarios. As such, we are always evolving the platform to support new and emerging hardware platforms and technologies, such as GPUs that render an app’s user experiences, Wi-Fi and cellular chipsets that ensure devices are always connected, and CPUs including MIPS, x86, Alpha, Itanium, and x64”.

As we look forward to what is next and how we can further innovate in this space, we are excited to announce Project Volterra, a new device powered by the Snapdragon compute platform. With Project Volterra you will be able to explore many AI scenarios via the new Qualcomm Neural Processing SDK for Windows toolkit announced today by Qualcomm Technologies.

And because we expect to see NPUs being built into most, if not all, future computing devices, we’re going to make it easy for developers to leverage these new capabilities, by baking support for NPUs into the end-to-end Windows platform.

Panos Panay tweeted about the upcoming project, sharing a video showing off the device:

With the warning that “product features are subject to change and may vary by market when the product is released”, Microsoft says that it “will share more details at a later date”.