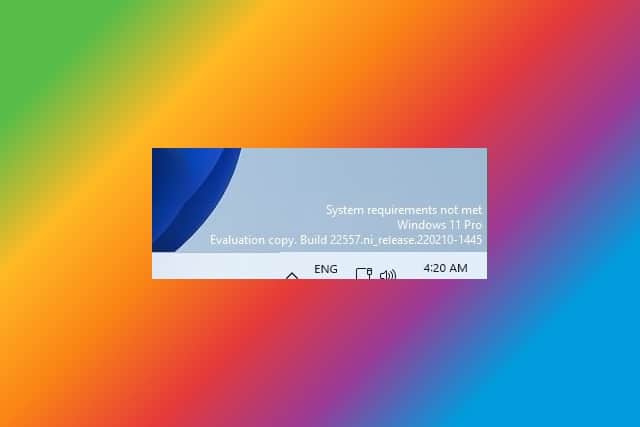 One of the obstacles standing in the way of some people upgrading from Windows 10 to Window 11 is system requirements. Even some relatively new systems are unsupported due to lacking features such as TPM 2.0, but where there’s a will there’s a way, and there are various workarounds that make it possible to install Windows 11 on pretty much any system.

If you have opted to go down this route, Microsoft is preparing to irritate you. The company is testing a desktop watermark that will serve as a constant reminder that you’re using unsupported hardware. The message reads “System requirements not met” and is sure to lead to a surge in watermark removal tools.

Microsoft has been sending out confusing signals about the system requirements for Windows 11 for quite some time now. Despite officially needing TPM 2.0, for instance, the company has also provided a way to get around this. But while it is relatively easy to get Windows 11 installed on hardware that is technically not supported, there are warnings aplenty about potential problems.

Just recently we learned that for people who have bypassed system requirements to crowbar Windows 11 onto their computer, Microsoft will start showing a warning in the System section of Settings. But now it looks like the company is ready to take its nagging further.

The most recent Insider build of Windows 11 sees Microsoft conducting A/B testing with the desktop warning. Will it end up rolling out to everyone? It’s hard to say, but there will be a lot of angry Windows 11 users if this watermark does start appearing on desktops around the world.