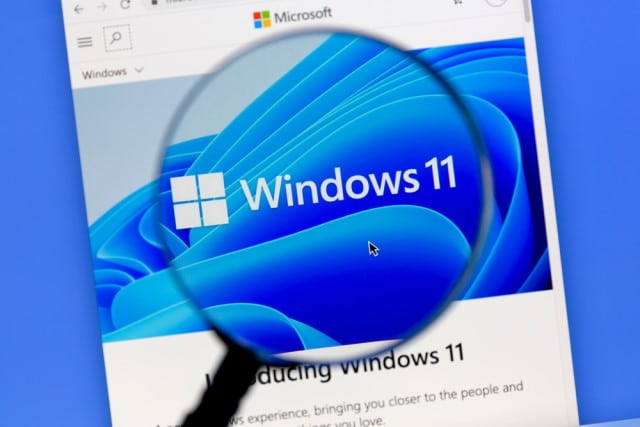 For the second week running quality issues have prevented Microsoft from releasing a new Windows 11 build to Insiders in the Dev Channel.

However the tech giant is rolling out a build to the Beta and Release Preview Channels, and this fixes a huge amount of issues with the new operating system.

Fixed an issue that occurs when Windows Server 2016 runs as a terminal server using certain cloud computing virtual desktop infrastructure (VDI). As result, the servers randomly stop responding after running for a period of time. This also addresses a regression that proactively checks to ensure that the CSharedLock in rpcss.exe is set correctly to avoid a deadlock.Fixed an issue that might cause the time zone list in Settings to appear blank for users who are not administrators.Fixed an issue that affects the Windows search service and occurs when you query using the proximity operator.Fixed an issue that fails to show the Startup impact values in Task Manager.Fixed an issue that prevents ShellWindows() from returning the InternetExplorer object when iexplore.exe runs in the Microsoft Edge Internet Explorer mode context.Microsoft provided the ability to share cookies between Microsoft Edge Internet Explorer mode and Microsoft Edge.Fixed an issue that affects dialog boxes in Microsoft Edge Internet Explorer mode.Fixed an issue that causes Microsoft Edge Internet Explorer mode to stop working when you press the F1 key.Fixed an issue that causes the improper cleanup of Dynamic Data Exchange (DDE) objects. This prevents session teardown and causes a session to stop responding.Fixed an issue that prevents printing from operating properly for some low integrity process apps.Microsoft introduced support for Windows Hello for Business Cloud Trust. This is a new deployment model for hybrid deployments of Windows Hello for Business. It uses the same technology and deployment steps that support on-premises single sign-on (SSO) for Fast IDentity Online (FIDO) security keys. Cloud Trust removes the public-key infrastructure (PKI) requirements for deploying Windows and simplifies the Windows Hello for Business deployment experience.Fixed an issue that prevents you from unloading and reloading drivers when the drivers are protected Hypervisor-protected Code Integrity (HVCI).Fixed an issue that affects the Silent BitLocker enablement policy and might unintentionally add a Trusted Platform Module (TPM) protector.Fixed a reliability issue that affects the use of the Remote Desktop app to mount a client’s local drive to a terminal server session.Fixed an issue that displays right-to-left (RTL) language text as left justified on File Explorer command menus and context menus.Fixed an issue that prevents you from reaching the LanguagePackManagement configuration service provider (CSP) using the Windows Management Instrumentation (WMI) Bridge.Opened Microsoft Office files that are in the Start menu’s recommended section in the browser. This occurs if the device does not have an appropriate Microsoft Office license and the file is stored in Microsoft OneDrive or Microsoft SharePoint. If there is a license, the file will open in the desktop app instead.Fixed an issue that causes a mismatch between a Remote Desktop session’s keyboard and the Remote Desktop Protocol (RDP) client when signing in.Added the clock and date to the taskbars of other monitors when you connect other monitors to your device.Added weather content to the left side of the taskbar if the taskbar is aligned in the center. When you hover over the weather, the Widgets panel will appear on the left side of the screen and will disappear when you stop hovering over the area.Added the ability to quickly share open application windows directly from your taskbar to a Microsoft Teams call.Fixed an issue that causes incorrect tooltips to appear in an empty area on the taskbar after you hover over other icons like battery, volume, or Wi-Fi.Fixed an issue that occurs when you try to write a service principal name (SPN) alias (such as www/FOO) and HOST/FOO already exists on another object. If the RIGHT_DS_WRITE_PROPERTY is on the SPN attribute of the colliding object, you receive an “Access Denied” error.Fixed an issue that disconnects Offline Files on the network drive after you restart the OS and sign in. This issue occurs if the Distributed File System (DFS) path is mapped to the network drive.Fixed an issue that displays the authentication dialog twice when you mount a network drive.Added support for hot adding and the removal of non-volatile memory (NVMe) namespaces.Added the ability to instantly mute and unmute a Microsoft Teams call from your taskbar. During a call, an active microphone icon will appear on the taskbar so that you can easily mute the audio without having to return to the Microsoft Teams call window.