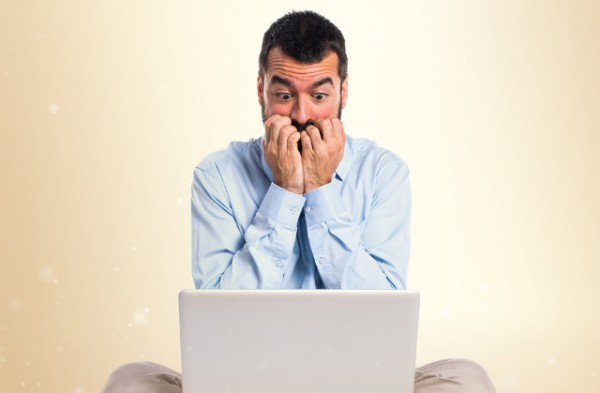 Worried about becoming a victim of cybercrime? A new study from Surfshark reveals the places where your fears are most likely to be justifed, the countries where cybercrime density — the number of attacks per million of population — is highest.

The UK tops the list with 3,409 victims per million internet users, almost twice as many as the US (1,724 per million). The number of victims in the UK also grew by 130 percent compared to 2019, which is the second-highest year-on-year growth worldwide after South Africa which faced the sharpest rise of 277 percent. 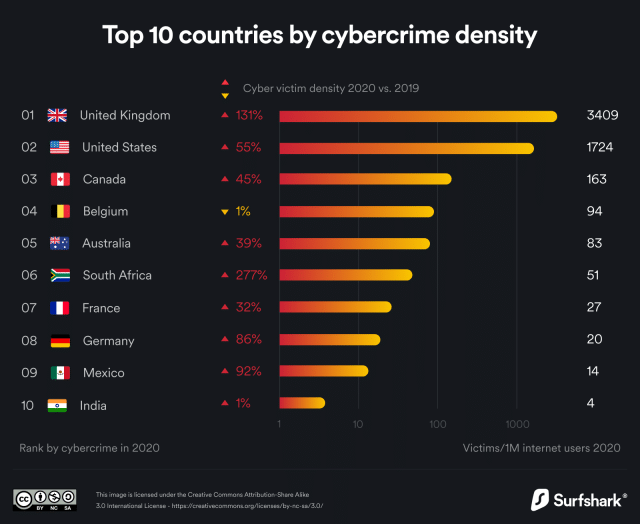 “As more of our lives become digital, the chances of falling victim to online crimes grow every year. Since 2001, the online crime victim count increased by 15 times, and financial losses grew more than 200 times, from $2,000 to $480,000 per hour,” says Vytautas Kaziukonis, the CEO of Surfshark. “Inevitably, the privacy and cybersecurity landscape will change rapidly over the next several years. Now is a good time to focus on personal cybersecurity hygiene to stay safer online.”

The report also looks at the most popular cybercrimes, with phishing the most common for the second year in a row. In 2020, there were a total of 241,343 phishing victims. However, on average, phishing victims lost the least amount of money ($225 per victim), while people who fell victim to investment fraud lost the most ($38,287 per victim on average).

Confidence and romance fraud had the highest financial impact in total on its victims though. People lost more than $600M this way in 2020. That year the least impactful online crime was denial-of-service attacks — only around 2000 victims reported this crime with an average loss of $254.

You can see a more detailed breakdown of the findings on the Surfshark site.