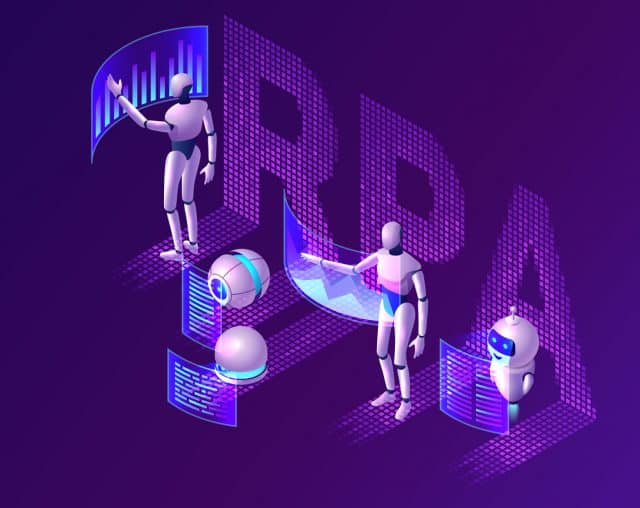 Robotic Process Automation (RPA) has been around longer than you might realize. At its core, RPA simply means the automation of any manually intensive IT or administrative task. For instance, scheduling an email is one early example of RPA. But over the last two years, RPA has become much easier to use and the tools have been democratized out to the business units so arduous daily tasks may now be automated easily. Think of it as a highly evolved Excel macro, created by someone in the business that automatically logs into and out of applications to make the enterprise more effective and efficient.

What’s more, due to the lack of resources available, automating enterprise processes traditionally caused friction between business units and IT. Today, IT teams may focus on large, transformative automation (e.g., new ERP Systems, new services) and push everything else back over to other business units. Transforming an organization by allowing business units to accomplish more on their own — while freeing up IT to focus on more complex and important tasks is a far more effective use of all resources.

Enabling these entities to work in lockstep via seamless automation creates a nimble organization that can be more responsive to customer needs, along with happier employees who are no longer burdened with arduous manual tasks. Eventually, this will evolve human capital management into a digitize-first, automate-first model. Already, an enterprise can spin-up a digital worker (via a self-service portal) in far less time than it would take to identify, onboard, and train a new full-time employee — thanks to the centralization of automation tools into a single platform (e.g., RPA, API, AI/ML, OCR, Intelligent Document Processing, etc.).

Some system administrators may think they don’t need a third-party automation tool because they already have an existing shell script or power shell script. The problem is that while some button clicking has been simplified, it still lacks a monitoring process. In other words, a person must still perform the tasks and approve the process. Without oversight, reporting, or communication, the task itself is still a manual process. Since these admins have already embraced the concept of automation, why not wrap some governance around it and empower those employees with a reliable toolset? This will help them execute that automation safely and effectively while giving the business unit leader the oversight they need to keep processes from going awry and causing damage or disruptions.

To further complicate matters, historically, resource constraints have always been a common challenge for IT. As a result of annual budget cuts, resources were insufficient to address all the automation needs of the business. Automation opportunities that were either too small or too complex wound up getting weeded out. Today, automation platforms make these opportunities possible by enabling IT visibility into what’s running in the ecosystems, via a centralized control room, monitoring tools, and dashboards. The manager now monitors their digital workers just as they do their human workers. RPA is a win-win for both employees and the organization: boosting efficiency to drive more value while improving job satisfaction for employees. Here are two real-world examples:

A simple process that automates the onboarding of new employees, granting access and creating accounts, etc., and later off-boarding employees by automatically undoing or disabling all access and accounts. A more complex process that automates a corporate laptop-refresh program for thousands of employees. Today, this can be achieved through automation with minimal human oversight to alleviate the IT burden that has traditionally been an integral part.

How to Get Started with Automation

Furthermore, Intelligent Process Analysis provides AI-based analytics around worker data and describes how processes may be optimized moving forward — the key is a light touch and strong governance. But in general, a project of medium complexity requires 6-8 weeks to complete, including ideation, documentation, coding, validation, and testing through to launch.

Finally, it’s important to note that increasing efficiency through automation does not mean reducing headcount. In fact, just the opposite. A recent Garner study determined that 80 percent of what front and back-end operators are engaged in is not central to their job, only 20 percent is critical. This means that 80 percent of the average employee’s day is spent on mundane tasks when the remaining 20 percent is what’s truly impactful to the organization. RPA automates the 80 percent to let employees focus on the 20 percent that is truly impactful to the business unit and to the organization.

If your organization hasn’t yet gotten started on the journey to automation, now is the time. Because if you aren’t reaping its rewards, your financial measures will fall behind those of your competitors and you’ll fall below the industry average.