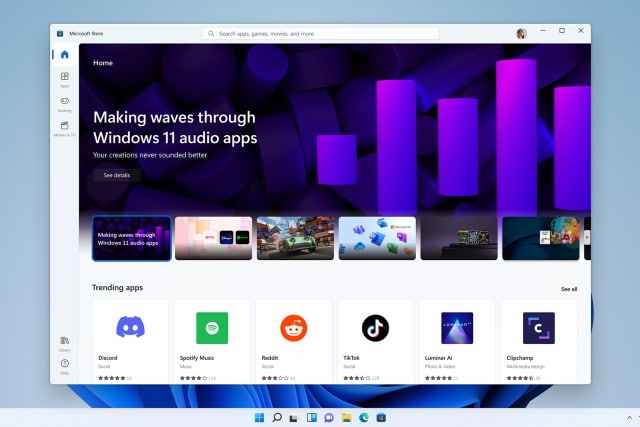 Among the plethora of announcements to come out of Build 2022, Microsoft had quite a bit of news relating to the Microsoft Store in Windows 11. With a sly dig at rivals, the company pointed out that developers are able to use their own in-app commerce engines and retain one hundred percent of revenue. But the announcements about what is new are far more noteworthy.

While developers and users alike will welcome full Microsoft Store support for Win32 apps, news about the arrival of Microsoft Store Ads is likely to prove more divisive. But this is not the end of the Store-related announcements.

When it comes to Microsoft Store Ads, the company has the following to say: “Based on feedback from the developer community, we’re soon piloting new developer tools to help reach the right customers at the right time. Using Microsoft Advertising, developers will be able to create, run and view ad campaigns in the Store, improving discoverability and conversion for apps”.

In a separate blog post about the Store, Microsoft says:

We are also excited to introduce Microsoft Store Ads, a new product designed to help developers grow their business by getting their apps or games in front of the right customers at the right time and to inspire Microsoft Store customers with great, engaging content. A developer of a music-making app, for example, will be able to create an ad campaign to get their app in front of an audience that likes music or likes to make music.

We will soon kick off a pilot program to test and gather feedback; developers interested in participating can sign up on the waitlist. We look forward to sharing more details in the future.

Microsoft also used Build 2022 to announce the wider availability of the Amazon Appstore. The preview version of this Android app repository is currently available in the US, but by the end of the year it will also be available in France, Germany, Italy, Japan and the UK.