Posted by Martha Meyer Posted on March 11, 2022
Posted in Default 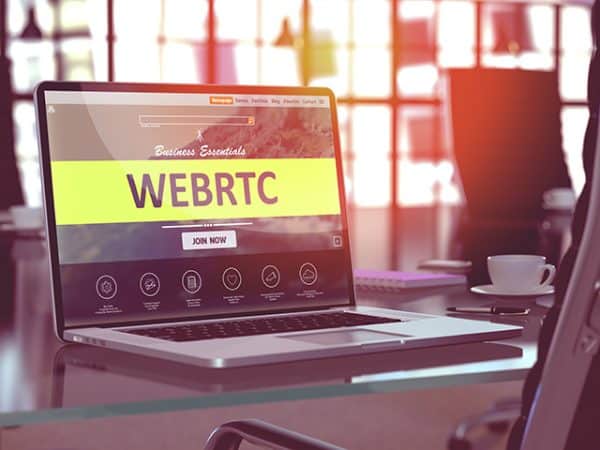 If you’re an internet user — and you clearly are, seeing as how you’re reading this on the internet — you’ve probably already used WebRTC, but weren’t aware of it.

What’s more, you were probably also unaware of WebRTC’s leakage issues. Nonetheless, WebRTC is everywhere, as an answer to the age-old question: “How do I teleconference online?”

Although WebRTC isn’t exactly brand-new, most people still don’t know about it. WebRTC stands for Web Real-Time Communication, and represents a collection of open-source interfaces and protocols enabling audio and video conferencing and data transfer over a peer-to-peer network.

There is no need to install additional apps or plug-ins, as WebRTC works with most internet browsers. Developers don’t have to learn mind-boggling protocols to activate WebRTC, and users can start the meeting with one press of the button.

This set of tools had a rocky start, but now it’s becoming a ubiquitous means of communicating over the internet. The development of WebRTC started at Global IP Solutions (GIPS) in 1999 in Sweden. Google bought this company in 2011, and W3C continued developing it. Nowadays, it’s implemented in practically all browsers.

A Collection of Commands

WebRTC is a set of Application Programming Interfaces (APIs), i.e., a set of tools that come pre-installed with a browser. WebRTC simplifies the process of creating a videoconferencing system by:

Creating a secure connection between users on the conference call. It includes transferring user data through firewalls or NATs available on the network.Communicating between two endpoints to standardize call capabilities and parameters, such as sending and receiving a video in a 720p resolution with the AV1 codec.Capturing video and audio from cameras and microphones, along with Acoustic Echo Cancellation. AEC removes any echoes that might show up when users don’t wear headphones during a call.Compression, transfer, and endpoint reconstruction of audio and video, including removing audio glitches or picture-freezing issues.

WebRTC brings some security-oriented advantages, since it enables audio and video calls without third-party programs. Every time you install a different app or a plug-in, it might be infected with malware. To avoid that, using WebRTC when you want to chat with someone online removes the need for installing any additional software.

Another security boon is that browsers control the microphone and camera access. You can easily disable sites from activating them via any browser. You’ll either get a prompt about a site trying to turn on your mic or camera, or a notification when any such device goes live.

Lastly, all data transferred via WebRTC is automatically encrypted. That means you won’t need additional encryption tools to secure sensitive info in most cases. If you want to be extra safe, using this set of tools and a VPN will prevent most data leakage.

WebRTC is on its way to being accepted everywhere online. All crucial internet browsers are already fully equipped with this set of tools. Chrome got it first in 2012, followed quickly by Firefox and Opera. Microsoft Edge implemented WebRTC in 2015, while Apple introduced it to Safari in 2017.

Since it’s open-source software, thousands of developers are working on improving it, ensuring interoperability out of the box. New programmers who want to implement WebRTC into their app only have to write a few lines of code — the WebRTC developers already took care of the hardest part.

Younger internet users expect all software to work immediately without prior setup. Thanks to its protocols, WebRTC already comes universally calibrated for live calls. Users only need to press the start button.

Developers are still uncovering new potential uses for WebRTC. Some of these include the following:

A low-cost telehealth solution for remote diagnosis and treatmentA tool for online education, where students and professors can videoconference in real timeA customer service solution that lets companies provide remote support for end-users without additional softwareProduction of professional video content with little more than a webcam and microphoneRemote monitoring of equipment or worksites in real time without third-party involvement

All in all, WebRTC’s universal calibration, and security features make it a desirable tool for online communication. Stay tuned for updates on this exciting technology!

Mila Bera is Editor at Dataprot.net