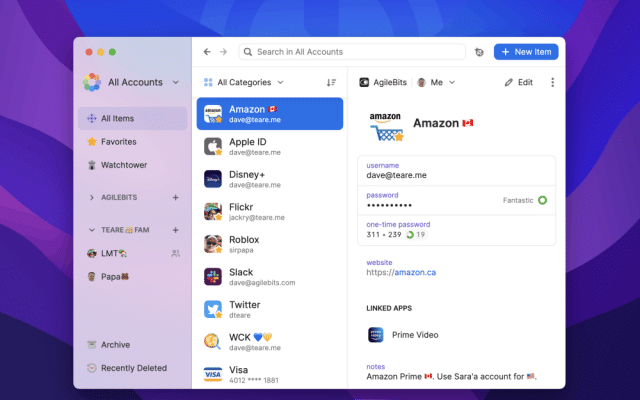 The app is the first Mac build developed using the cross-platform Rust and Electron tools, which has resulted in a brand-new design language — code-named Knox — that aims to provide a consistent user experience across Mac, Linux and Windows.

The new design also promises consistency across the entire Mac ecosystem, from the desktop app to the Safari browser plug-in. Although still dividing opinion, with some Mac users unhappy at the app’s move away from a native Mac design, others have reported the changes made during the lengthy development process have won them over to the new approach.

Highlights of the new user interface — according to AgileBits — include a “vibrant sidebar and unified toolbar” as well as iconography and typography designed to make the app fit into the native macOS experience.

The design also promises improved workflows and deeper integration with macOS, with a new Quick Access floating panel aping those found in Spotlight and third-party tools like Alfred. The panel is designed to place user passwords within easy reach from anywhere within the OS.

The feature is accompanied by Universal Autofill, allowing users to automatically fill any app’s password or 2FA boxes by invoking the Quick Access panel using ⌘ + .

A new Watchtower Dashboard provides users with an at-a-glance view of their current security and areas for improvement, such as potentially vulnerable passwords. 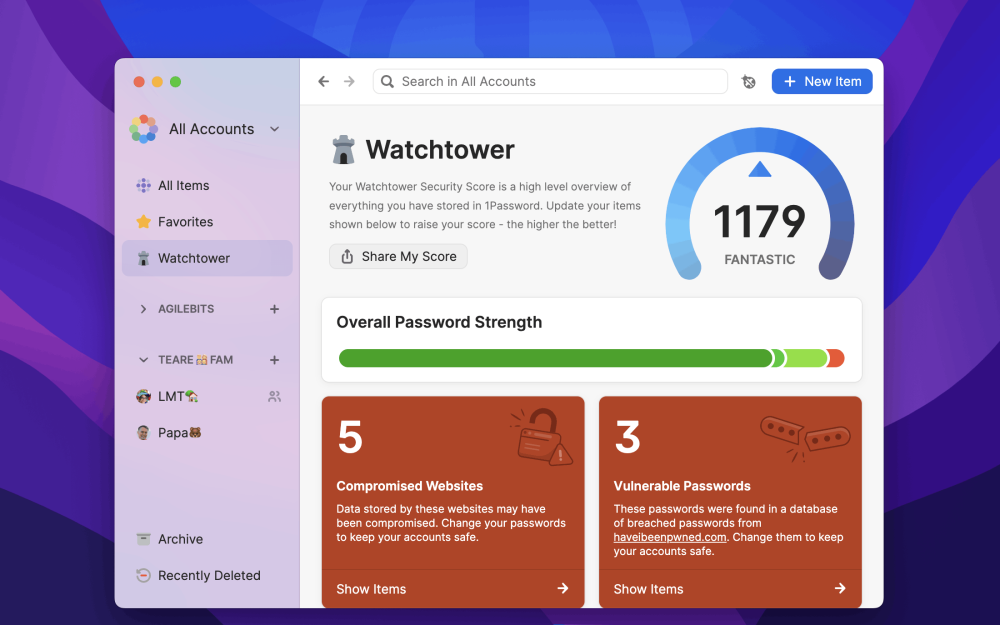 Users also gain the ability to unlock their passwords using Touch ID or Apple Watch as opposed to having to enter their master password each time.

Other improvements include new item-editing tools including autocompletion of usernames and tags, a redesigned password generator tool and support for file attachments. Creating items has been revamped, with a new curated Item Catalog provide templates for popular item types such as passports or vaccination records, with new crypto wallet and SSH key item types added.

Other new features were first seen in the Windows release last November: the ability to apply Markdown styling to notes, for example, along with a security question generator.