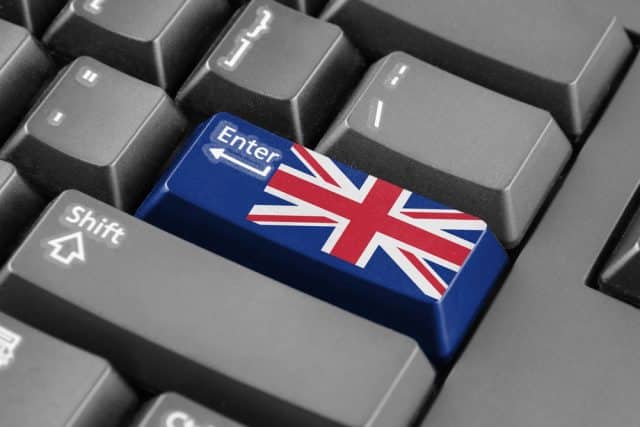 The past decade has been a period of sustained growth for the UK tech sector. But it has also seen the industry evolve remarkably — something that has been apparent to those working within it.

It was reported only last month the sector had surpassed a milestone $1 trillion valuation, becoming only the third country to do so behind rival giants China and the US. Naturally, this puts the UK at the top of Europe’s digital food chain.

As one would expect, the valuation of the sector has grown in parallel to increasing investment — VC investment in UK tech has risen from £1.2 billion in 2010, to £11.3 billion a decade later, with much of this growth loaded into the latter part of the decade.

Gerard Grech, Chief Executive of Tech Nation, described the milestone as “watershed moment” with the industry having “gone through difficult global challenges and come out stronger”. This certainly rings true — indeed, many of the recent successes for UK tech have come about as a direct result of the compromises and repositioning required throughout the Covid-19 pandemic, as well as substantial advances in the global tech ecosystem.

It will have escaped the notice of few that technology is reaching into more corners of our lives, and reaching farther across the globe, at increasing pace. Big tech companies have achieved astronomical growth — at levels we perhaps would previously have thought unattainable. This has raised the ceiling of possibility for every new tech venture.

The conditions have ripened for an ascendant tech startup culture. On the consumer side, smartphone and app usage have skyrocketed over the last decade. The shuttering of the high street in 2020 further afforded digital-first operations the opportunity to showcase their products to a broader audience, and highlight the value of their offering.

On the business side, advances in tech literacy mean it is easier to make the case for new tech products. “Disruption” has been a buzzword this past ten years as new tech, or novel uses of it, upset the status quo.

In the 2000s, the tech industry struggled to communicate the value of cloud-based technologies to businesses, taking on a long uphill struggle to build trust in its security and value. Today, the tech is ubiquitous among businesses of all kinds. Big data, the internet of things (IoT) and artificial intelligence (AI) are among the newer – and more quickly adopted — trends to drive the tech sector towards rapid growth.

There is now a clear appetite to invest not just in technology, but in new tech. Recent research by Studio Graphene found that nearly half (49 percent) of UK business leaders intend to invest soon in a new area of technology they had not integrated before in the coming 12 months.

As markets become more competitive, businesses are increasingly willing to experiment with investing in new tech to carve out a competitive edge in their sectors — in many cases, startups are the beneficiaries. They are the ones innovating and bringing new products or services to market.

It would be reasonable to point out that businesses anywhere could have capitalized upon this — and yet UK startups receive more investment than French and German ones combined. In my view, this is thanks to sincere efforts within the sector to foster more inclusion and drive towards a positive culture. Entrepreneurs from across the globe have been attracted to the UK, and particularly London, as a place to start a new venture, given its historic strength as a center of commerce; its position as a financial hub; its strong investment sector, fueled through initiatives such as EIS and SEIS; and its multicultural make-up.

But it has not been an entirely smooth ride; nor will its future progression. Skills and diversity are two issues that must be addressed.

Indeed, the growth of the sector has been hamstrung by a longstanding digital skills crisis. Put simply, there are not enough workers with the skills required to meet demand. This has been compounded by an entrepreneurial boom — figures point to a new tech business being created every 30 minutes in 2020.

The skills shortage has been kept at bay, to an extent, by the influx of overseas talent, which, in the past, many will have taken to be a form of diversity. We are now beginning to see the fruits of the genuine efforts to create a substantive culture of inclusion and opportunity in-house within startups.

UK startups are now demonstrably awake to the benefits of a diverse team. Research from McKinsey found that companies with greater gender and ethnic diversity in leadership are up to 36 percent more likely to outperform less diverse teams. I have witnessed this first-hand, having worked with tech startups since 2014, developing their products and supporting their growth.

It is also evident that they produce better tech. Many recent high-profile failures in AI products underline this point. Software developed by teams with a predominant field of view and experience can be shown to hold unintended bias, which will harm the reputation of the product and the company — in a competitive and momentum-based culture, this can be fatal to a product launch.

Lacking diversity is an issue which has by no means been resolved conclusively. Recent figures show that 77 percent of tech director roles are fulfilled by men, and 23 percent women – compared with 71 percent and 29 percent in the economy as a whole. More than three quarters of startups say they are actively looking to diversify their staff — while there is progress to be made, there is an evident desire to take these steps forward.

Of course, the skills crisis is by definition an issue with no quick fix — it can be remedied only through education and retraining. Investing in advancing digital skills among women and ethnic minority communities will, in the long-term, help in addressing the leadership imbalance. For this reason, it is positive to see a proliferation of digital skills and coding bootcamps in recent years — with many offering full funding to applicants from under-represented groups.

It is impossible to discuss the evolution of UK tech without noting the improved culture over the last decade. The outside view of a ‘tech bro’ culture is still something you can encounter in the industry — though is diminishing with each passing day.

With the big tech companies in a financial world of their own, and a pervasive shortage of top talent available, startups have endeavored to build better relationships within their employees. From what I have seen, there is a significant focus on employee wellbeing, development and, by extension, retention. This is helping keep larger businesses at bay in what has been dubbed the ‘war for talent’.

All of this has led to many of the UK’s tech startups having more positive cultures, which should put the sector in a position of strength. Its economic worth and ability to attract investment is now very well established, but this drive to improve and adopt progressive policies and cultures is what gives me so much cause for optimism. 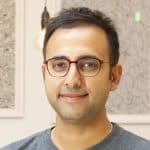 Ritam Gandhi is the Founder and Director of Studio Graphene — a London-based company that specializes in the development of blank canvas tech products including apps, websites, AR, IoT and more. The company has completed hundreds of projects since first being started in 2014, working with both new entrepreneurs and product development teams within larger companies.