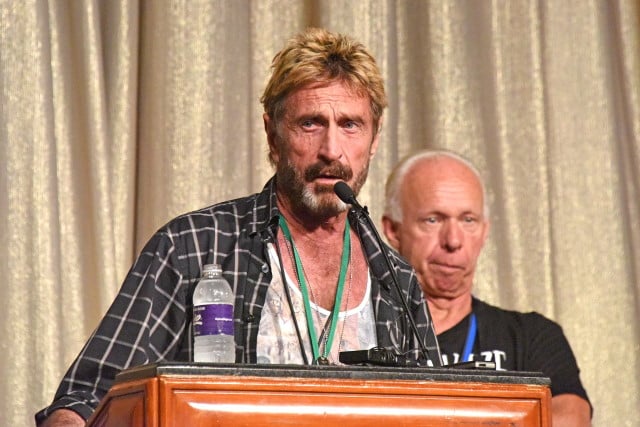 John McAfee was a British-American software engineer who founded one of the most prominent anti-virus companies in the world. The self-titled McAfee Associates, Inc. released its first anti-virus program in 1987, under the simple name ‘VirusScan.’ Before that, McAfee had previously worked for such notables as NASA, Xerox and Lockheed.

Of course, he became much more notable in his later life, with two failed runs for the Libertarian Party’s presidential nomination in 2016 and 2020, and began his road to trouble by announcing in 2019 that he believed taxes were illegal and stated that he hadn’t filed a tax return since 2010.

During all that, he had remained a “person of interest” in a murder case in the Central American country of Belize. While never jailed for the “wrongful death” case, McAfee was finally arrested in Spain on charges of income tax evasion and held to await extradition back to the US.

The authorization for that extradition finally came on June 23, 2021, the day he was found dead in his prison cell. The death ignited a fair amount of conspiracy theories that he was murdered, even after a coroner had ruled the death a suicide. The primary culprit of the wild theories has been, perhaps not surprisingly, QAnon. Yes, those folks that think Donald Trump will be reinstated as the president right out of the blue and that John F. Kennedy Jr will return from the grave to be his vice president.

Today, one year after his death, the software developer’s body remains in the morgue in Catalonia, despite a judge ruling back on February 13, 2022, that the coroner’s conclusion was correct.