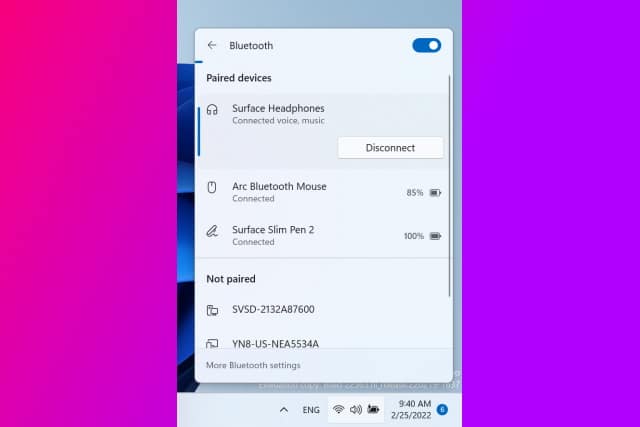 The addition comes as part of the latest build of Windows 11, released earlier this week. In Windows 11 build 22563 the Quick Settings menu has been updated to give greater control over attached Bluetooth devices.

Strangely, Microsoft did not make much of a fuss about the new addition to start with, initially failing to mention the new Bluetooth-related options.

But in an update to the original post about the Insider build, the company says:

We are beginning to roll out the ability to more easily manage your Bluetooth devices directly within Quick Settings, including the ability to connect, disconnect, and see battery level for supported devices.

Of course, the fact that these options are available in the Insider build of Windows 11 is not guarantee that they will make their way to everyone further down the line — particularly when you consider that the addition was made to a Dev channel build.

Assuming the update does get a wider rollout, it is something that will be welcomed by users who have been frustrated by Windows 11’s clunky Bluetooth controls.