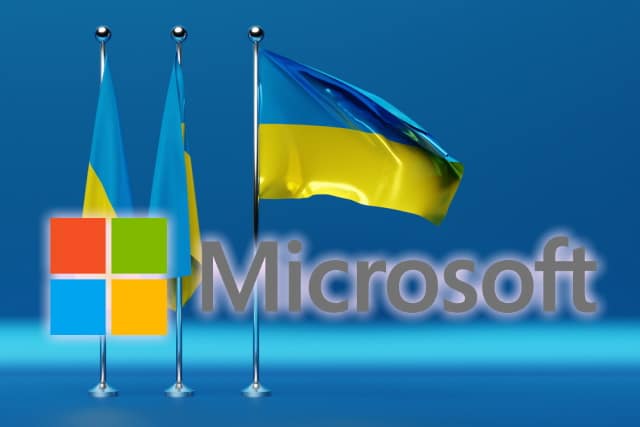 It’s hard to imagine that Vladimir Putin expected quite the response his invasion of Ukraine generated. In addition to hard hitting sanctions, Russia has seen its media censored across the world, sporting events pulled, and hacktivist collective Anonymous has been knocking many state-sponsored sites offline, and much more.

Tech firms have also shown their anger towards Russia in a number of ways, and now Microsoft — which previously revealed what it was doing to help the people of Ukraine — has taken the decision to suspend all new sales over there.

SEE ALSO: Why we shouldn’t try to kick Russia off the internet

Like the rest of the world, we are horrified, angered and saddened by the images and news coming from the war in Ukraine and condemn this unjustified, unprovoked and unlawful invasion by Russia.

We are announcing today that we will suspend all new sales of Microsoft products and services in Russia.

In addition, we are coordinating closely and working in lockstep with the governments of the United States, the European Union and the United Kingdom, and we are stopping many aspects of our business in Russia in compliance with governmental sanctions decisions.

We believe we are most effective in aiding Ukraine when we take concrete steps in coordination with the decisions being made by these governments and we will take additional steps as this situation continues to evolve.

Our single most impactful area of work almost certainly is the protection of Ukraine’s cybersecurity. We continue to work proactively to help cybersecurity officials in Ukraine defend against Russian attacks, including most recently a cyberattack against a major Ukrainian broadcaster.

Since the war began, we have acted against Russian positioning, destructive or disruptive measures against more than 20 Ukrainian government, IT and financial sector organizations. We have also acted against cyberattacks targeting several additional civilian sites. We have publicly raised our concerns that these attacks against civilians violate the Geneva Convention.

We are also continuing to mobilize our resources to help the people in Ukraine. Our Microsoft Philanthropies and UN Affairs teams are working closely with the International Committee of the Red Cross (ICRC) and multiple UN agencies to help refugees by providing technology and financial support for key NGOs and, where needed, we are defending these groups from ongoing cyberattacks.

As a company, we are committed to the safety of our employees in Ukraine and we are in constant contact with them to offer support in many forms, including those who have needed to flee for their lives or safety.

Like so many others, we stand with Ukraine in calling for the restoration of peace, respect for Ukraine’s sovereignty and the protection of its people.