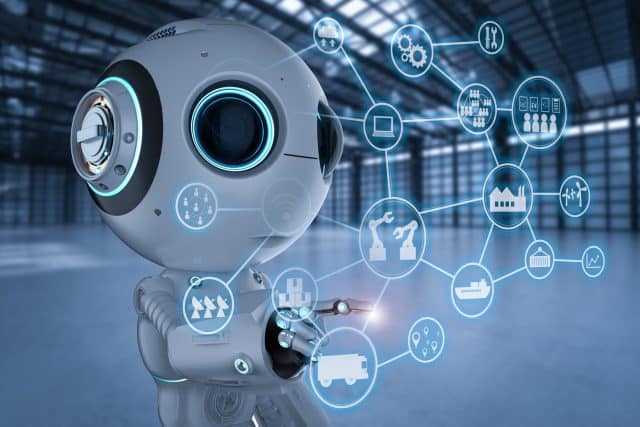 If you’re a college student and you’ve placed an online food service order, and let’s be honest, that pretty much covers all college students; the chances are high that the delivery was aided and abetted by robot technology. The future has arrived, and even though we’re still waiting for those Jetson’s-promised flying cars, robot foodservice delivery is here.

Robots numbering in the hundreds are buzzing about college campuses and some selected cities in the U.S., U.K., and beyond. The testing, which began pre-pandemic, went into immediate overdrive to fill in the gaps created by the labor shortages and need for social distancing created by Covid-19.

Back to the Future of Automation

According to a study done by the World Economic Forum, The Future of Jobs 2020, Covid-19 has accelerated labor market change in ways we never imagined. The research indicates that what used to be considered the “future of work” has already arrived.

It is expected that by 2025, automation and a new division of labor between humans and machines will disrupt 85 million jobs globally in medium and large businesses across 15 industries and 26 economies. Careers in accounting, administrative support, and data entry are decreasing as automation in the workplace and more than 80 percent of businesses accelerate plans to deploy new technologies. We’re in a period where job creation is falling while the elimination of jobs is on the rise.

Whether we know it or not, artificial intelligence, or AI, lurks in every corner and plays an active role in our daily lives. Every time we book a hotel or trip online, do a Google search or get a product recommendation on Amazon, AI is the genie in the bottle, anticipating your every whim.

Current examples of AI include:

From the Industrial Revolution to the Digital Revolution, every new age of advancement is met with resistance.

The most famous example of Industrial Revolution protests were the original Luddites, British weavers, and textile workers who objected to the increased use of mechanized looms and knitting frames. The Luddites were highly trained artisans who spent years honing their craft, only to see it slip away by unskilled machine operators.

With the arrival of computers in the 1980s, workers feared that their jobs would be eliminated. While these fears were well-founded and many jobs were lost, many more jobs and opportunities were created.

As the saying goes, “A crisis is an opportunity riding a dangerous wind.” Those who can ride the winds of change not only survive, they thrive. In every era of revolution or change, it’s those who adapt and change with the times that can carve new paths to success.

As we stand on the precipice of a new industrial revolution in the form of AI and robot technology, we will most certainly see the complete automation of professions once thought to be exclusively human-operated. AI and robots will deliver our pizzas, anticipate our next purchase on Amazon, and even make our Starbucks venti chai tea lattes.

The future is here. 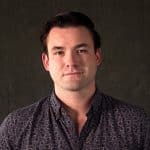 Scott Heric, Co-Founder of Unionly, has years of experience helping organizations to raise funds online. He helped develop sales and account management for Avvo, growing from 30 to 500 people over seven years. After Avvo, Scott took a Chief of Staff role at Snap Advance, which at the time was part of a company called Snap Mobile Inc. For over four years, he oversaw development of the product, marketing, sales, and account management, leading to the company being the leading digital fundraising platform in higher education. Having worked on the concept for Unionly for over three years and after being acquired in January of 2020, Scott began to really think about making Unionly a reality, and in April of 2020, that dream came true.