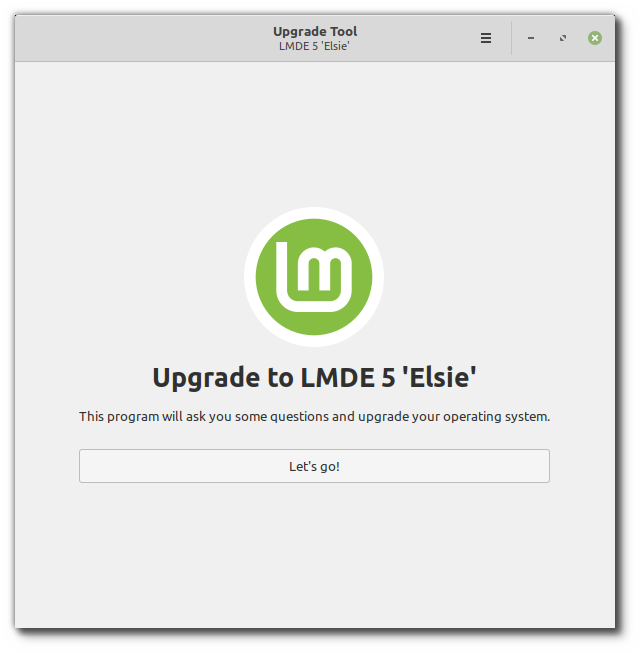 Last month, Linux Mint Debian Edition (LMDE) 5 was released to the world. Code-named “Elsie,” many fans of the operating system probably did a fresh install right away. Understandably, however, some users are still running the previous version of the distribution, LMDE 4 “Debbie.”

If your computer is still running Debbie, but you want to easily move onto Elsie, I have some great news. Today, the Linux Mint developers officially release the new LMDE Upgrade Tool in Beta. It is important to note this tool is only to be used with LMDE at this time, and not the “regular” Ubuntu-based Linux Mint.

To try the tool and perform the upgrade using it, simply follow the instructions here. Of course, the real question is, should you use a beta version of a tool to perform an operating system upgrade? Well, if you depend on your LMDE installation, I would caution against it.

Look, the developers don’t feel the upgrade tool is ready to shed its “Beta” label yet, so it is likely to contain bugs. Unless you are only testing the tool, and you are OK with encountering bugs (including data loss), it would be wise to instead wait for a stable version of the tool to be released.

If you do test the tool and encounter any bugs, you can report them on GitHub here.