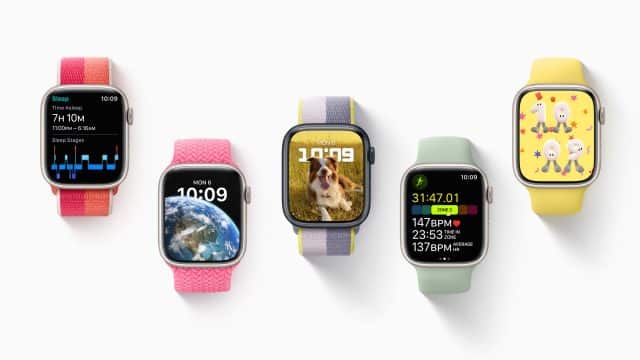 If you have an Apple Watch, you’ll no doubt be excited to know what new features the tech giant plans to bring to it later this year.

At its WWDC conference today, Apple unveiled iOS 16, and also watchOS 9. Each new iteration of watchOS introduces new watch faces, and this time around there are four new ones to play with — Lunar, Playtime, Metropolitan, and a remastered Astronomy face.

Some of the classic watch faces have been tweaked, and the Workout app has also been updated to provide “richer metrics for measuring performance”, as well as new training experiences. watchOS 9 also adds new features to help runners track how efficiently they move.

The sleep experience has been enhanced, and Apple Watch’s atrial fibrillation (AFib) feature is made more useful with an FDA-cleared AFib History feature which shows you how frequently a user’s heart rhythm shows signs of AFib.

“Users around the world love Apple Watch for helping them stay connected to those they love, be more active throughout the day, and better manage their health,” said Jeff Williams, Apple’s chief operating officer. “This fall, watchOS 9 takes the Apple Watch experience to the next level with scientifically validated insights across fitness, sleep, and heart health, while providing users more creative ways to make their Apple Watch their own.”

The developer beta of watchOS 9 is already available to Apple Developers at developer.apple.com. A public beta will be available next month at beta.apple.com.

watchOS 9 will be available this fall for Apple Watch Series 4 or later paired with iPhone 8 or later and iPhone SE (second generation) or later, running iOS 16.